Switzerland is well known for it’s trains. Efficient, punctual and comfortable, the only thing to not like is the price! For just an hour and a half InterRegio train direct from Berne to Zurich, it will cost 47 Swiss Francs (€37 or US$52)! Most things in Switzerland are expensive so if you want to travel in Switzerland on a budget, you have to look out for the deals. 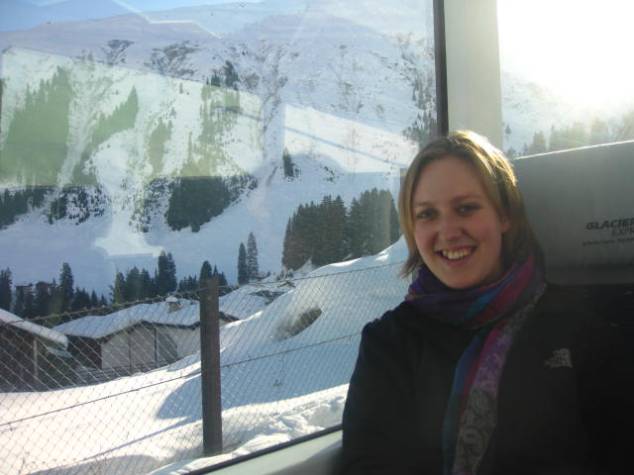 Beautiful sunny day in January in the Alps

While I was in Zurich for New Years, I was trying to figure out where to go next. My CouchSurfing host found someone who had posted on the Zurich CS group about taking a train day trip with a pass he had. He and his friend had bought day passes that were valid the an entire day to travel anywhere in the country. Unfortunately, the day they planned to use them, his friend was sick and the passes expired soon, so he offered me the extra ticket! Normally, for a tourist they cost 108 Swiss Francs (€85 or US$121) but Swiss residents can buy them much cheaper. They aren’t designated for anyone (you just need a resident to purchase it at the cheaper price), so I was able to use the pass. 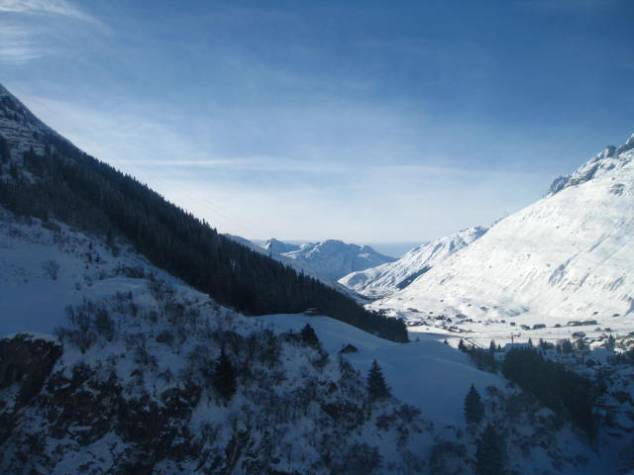 Beautiful views of the Alps

We met at the Zurich train station and validated our passes. We took a train to Chur, in the southeastern part of Switzerland, and hopped on the famous Glacier Express. The Glacier Express is a unique train with a glass roof, offering an impressive view of the Swiss Alps. The train runs from Zermatt in the southwest to St. Moritz in the southeast. 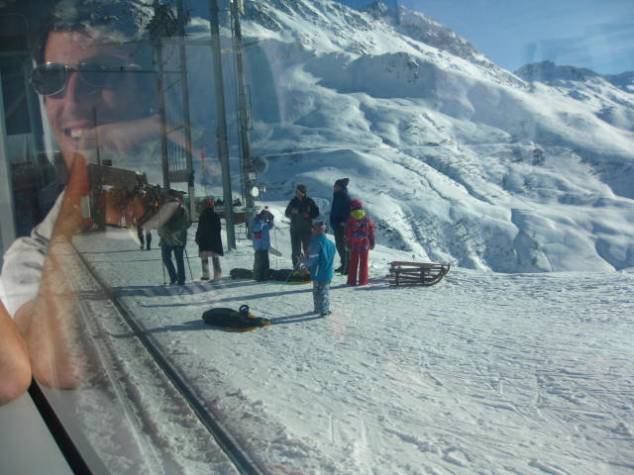 The entire trip would take 8 hours and cost 136 Swiss Francs (€106 or US$152). We were only taking the train a portion of the way, but the pass would have covered everything. We only had to pay a small fee (less than 20 Swiss Francs) as a supplement to our day pass.

Mountain peaks through the glass roof

From Chur, we witnessed a beautiful sunny day in the Swiss Alps. I had been to Switzerland before, working as an au pair, in the summer, so I didn’t get to experience the snow nor the Alps!

Three glorious hours later, we got off the train in Oberwald, a small, sleepy mountain village. We found a restaurant and had lunch before getting back on a skier-filled regional train to Brig. 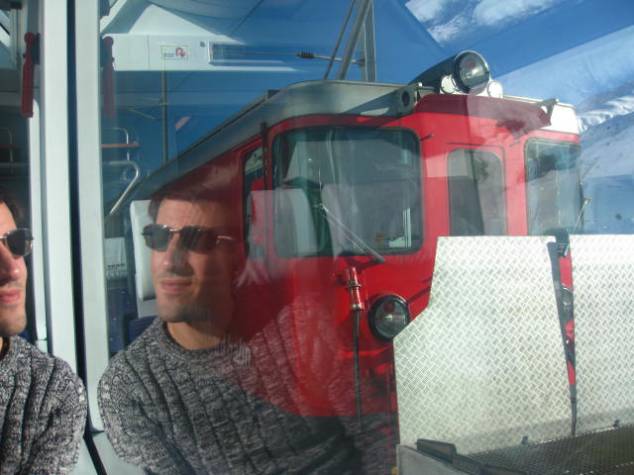 A train to push us up the mountain

After arriving in Brig, my friend and I parted ways. He was heading back to Zurich and I was going on to Berne.  It was a great day that I would have never experienced without the help of friendly and CouchSurfers!  Just another magical travel day that stayed on budget!