Romania is full of every type of architecture.

From the baroque buildings of Cluj-Napoca to the mansions of the Roma which house farm animals on the ground floor and from the German-influenced town of Brașov to buildings in Bucharest expected to fall in an earthquake, you can find anything in Romania.

Baroque Cluj-Napoca
Cluj (pronounced Klu-zh) is a city filled with culture, arts and unique architecture. Lacking the Communist influences that Bucharest has, the buildings of Cluj are mainly baroque and gothic. Of course, there are modern buildings but the older buildings stand out.

The Lucian Blaga National Theatre was built in the early 1900s when Cluj was part of the Kingdom of Hungary.

It was designed by Austrian architects Ferdinand Fellner and Hermann Helmer, who designed theaters, opera houses and palaces across Europe in the late 19th and early 20th centuries.

Iuliu Maniu Street runs from the popular Unirii Square. The buildings along the street are made up of unique architectural styles and are perfectly symmetrical, giving the street the common name of Strada Oglindă, or Mirror Street.

The buildings look simple from a distance, but with closer inspection, you can see the fine detail and its exact mirror on the opposite side of the street. 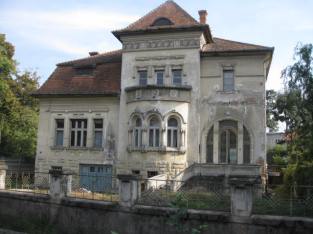 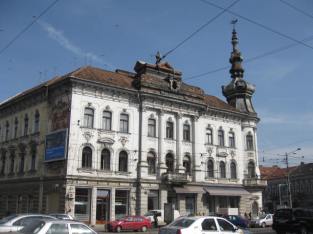 Their caravans have been replaced with ostentatious mansions but they still live side by side with their farm animals. As I understand it, their cows, sheep and chickens live on the ground floor of their mansions and the upper floors are for the human inhabitants. 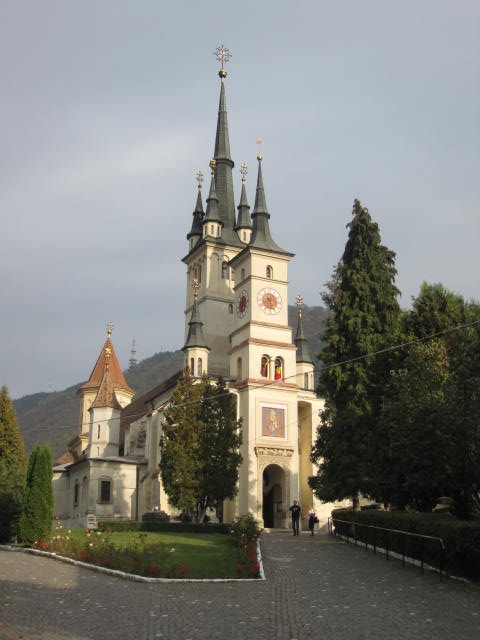 Germanic Brașov
The mountain town of Brașov (pronounced Bra-shahv) feels more like a small ski town in Germany than a town in Transylvania. With its clean streets, outdoor activities (very popular for skiing in the winter) and fresh mountain air, this could be anywhere in Germany.

Brașov once had a German population of 40% (now it’s less than 1%) so it makes sense. Still to this day, you can find locals who speak German.

The old town in Brașov is very well kept and frequented by tourists. It’s beautiful to visit, but I recommend getting out of the city and exploring the forest. 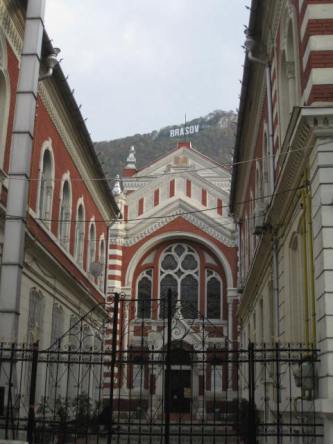 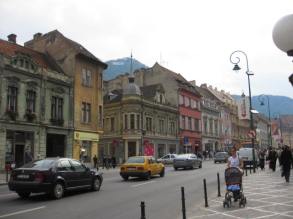 I highly recommend hiking Canionul Șapte Scări, Seven Stairs Canyon, near Brașov. Here is my blog post on the hike.

Palatul Poporului, Palace of the Parliament

Communist Bucharest
While there is beautiful architecture in Romania’s capital, the Communist buildings in Bucharest certainly put a damper on things.

The big, looming buildings are an eyesore and look dirty and dingy next to the variety of quaint and modern buildings.

But there is a more important group of buildings in Bucharest – the ‘red dot buildings’.

It’s not too often you get to stay in a ‘red dot building’ in Romania. Not that you would want to.

The red dot warns that in an earthquake, the building is likely to fall.

My CouchSurfing hosts in Bucharest lived in one (yes, people do live in them) and I slept here a few nights with no worries. I think they waited to point out the dot until my last day. 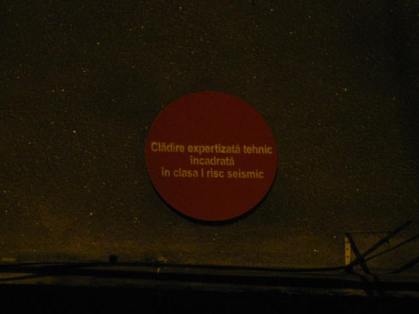 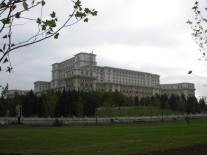 Check out my other posts on Romania.